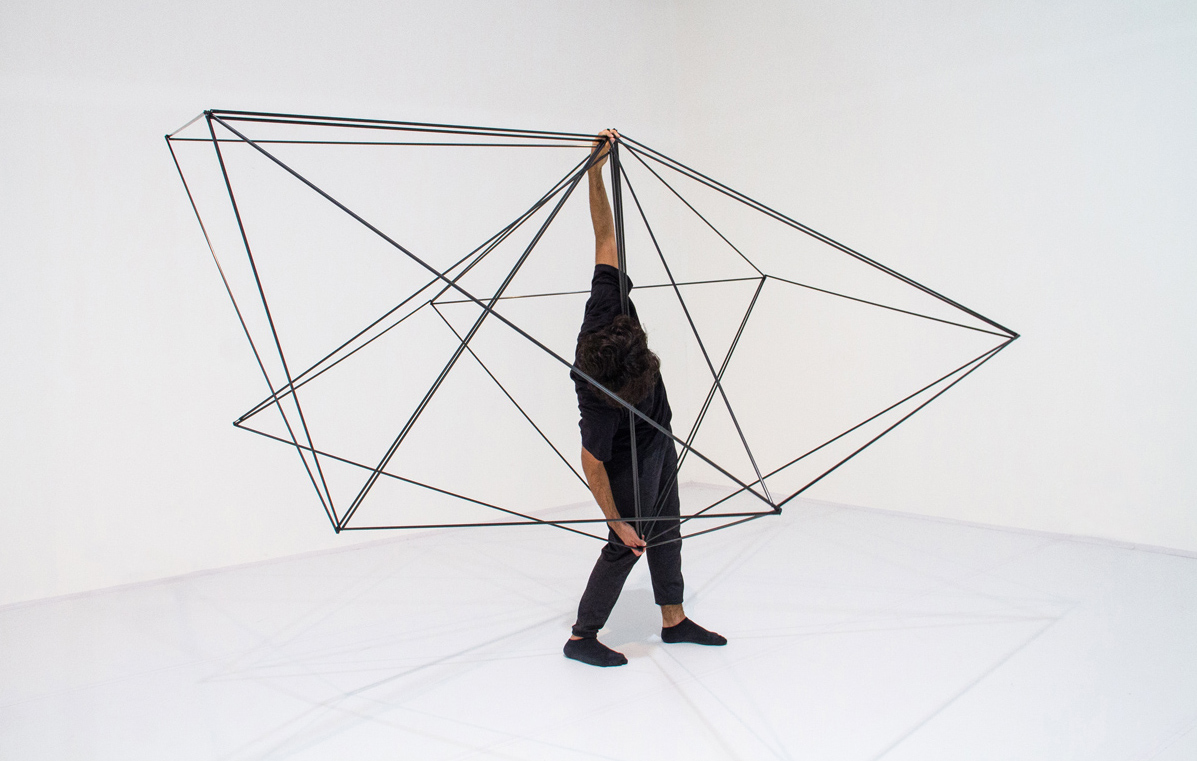 Polytope is a lightweight, pliable structure, designed to engage the visitor in spontaneous choreographies. It has volume, and yet it is void, re-defining space in the dialogue with the visitor.

Polytope consists of a multitude of interwoven tetrahedrons, made of carbon fiber rods. Because the material is extremely light, and the geometry articulated, the structure reshapes itself continuously, while the visitor explores it within his or her own references.

Polytope was first shown during ‘No Patent Pending’ #17, at Quartair, The Hague, December 8th, 2015. Performed with SonoLab duo (Mei-Yi Lee and Vitaly Medvedev).